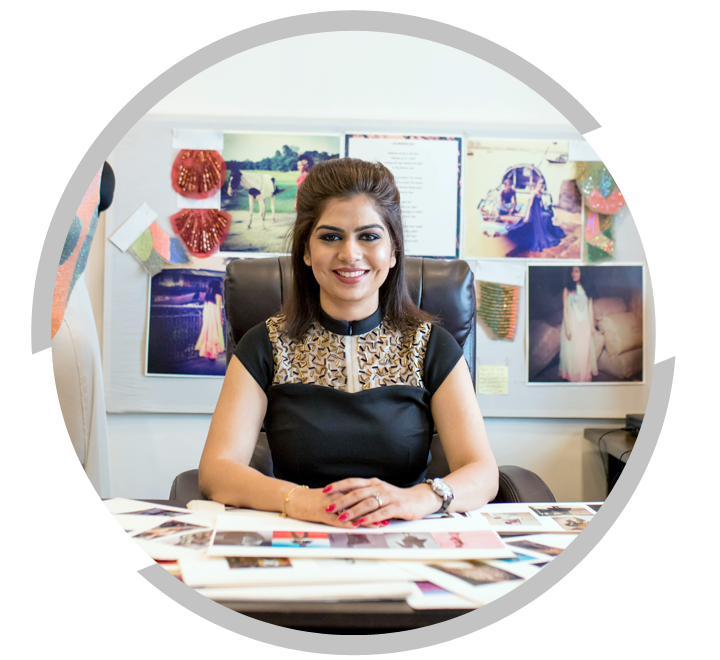 Designer Megha Garg, hails from the joyful city of Kolkata, India. The young talent completed her graduation from National Institute of Fashion Technology, Kolkata in 2010. Subsequently, she pursued Graduate Diploma in Fashion from Central Saint Martin's College of Art and Design, London for 1 year. After completing her education in August 2011, she stepped into fashion industry as a freelancer designer. Challenging her potential she successfully launched her label “Megha Garg” in March 2012, as the Gen Next Designer in Lakme Fashion Week India. Megha's debut collection reflected paranormal concept of Aura, which was beautifully depicted through carefully placed digital prints on light drapes. The collection achieved great reviews and a positive feedback, which gave a great start to the label. She subsequently showcased her S/S 13 collection at LFW in March 2013 in Talent Box and A/W 14 collection as an emerging designer at Lakme Fashion Week in August 2014.

She also won the Iron A’ Design Award for her Urban Army Collection in April 2018, and the Novum Design Award for Universe Beyond Clouds in Augusta 2020. Since 2012 she has successfully launched 28 collections till date, which retail through the leading multi-designer stores of India. She was recognised as the top 100 Women Lead MSMEs in India by the Government of India and FICCI. She is currently the Owner and the Creative Head of Megha Garg Clothing operating from her Design Studio in Ballygunge Place.

The designer loves changes in life as well as enjoys the power to create something new every time. She looks at every exciting element revolving around her that might be a book, a place, a philosophy, a technique, a phenomena or a movie, which she might have watched lately to draw motivation for her designs. Megha Garg exemplifies herself as a dreamer and a creator as she spends most of her time dreaming about things, which inspires her to create new designs.


Your shopping cart is empty.
Checkout